Watch: How Sreemukhi enjoying in Maldives 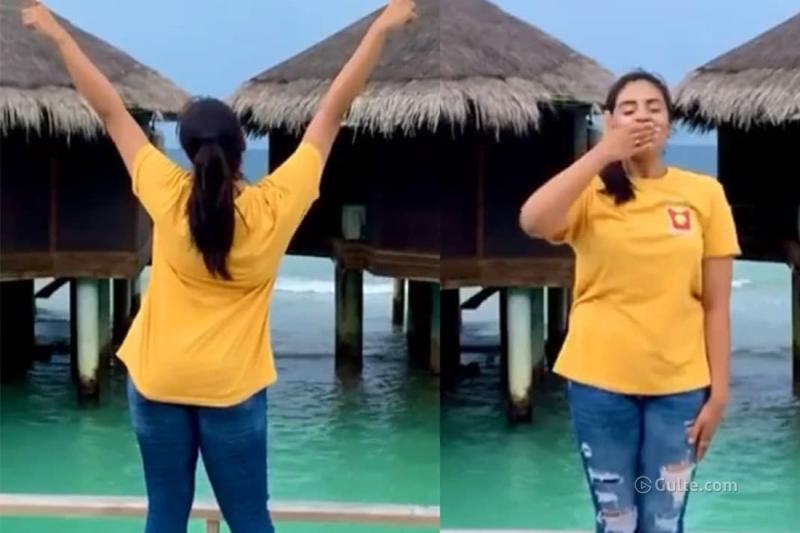 Sreemukhi, who has now flown to the beautiful Maldives after the grand finale of Bigg Boss season 3, posted a new video from her fun-filled trip. Sreemukhi is seen doing recreational dance steps along with her friends. Among her friends we can see anchor Vishnu Priya and RJ Chaitu. The gang danced their hearts out for Gangleader song with an overwater villas in the backdrop.

The climate looks pure bliss and Sreemukhi is seen putting her hundred per cent energy, relishing her super sabbatical break.  Grabbing a runner up place in Bigg Boss show, Sreemukhi also achieved a huge fan base,and it has only multiplied to her already existing followers. The video has been liked and commented enormously by her fans.

The most enduring quality in Sreemukhi is her childlike behaviour and we have also witnessed the same inside the BB house, giving a full-on entertainment with her jovial attitude. Now, her pictures from the Maldives have been doing rounds on the internet, where the top anchor is busy exploring beaches in the Maldives.